SOMETIMES THE WORST ENEMY WE FACE IS OURSELVES.

ILLSAVIOR is an in-progress character-driven first person RPG only for the Commodore 64.

It is coded entirely in assembly, with all music, graphics and design by one person - save the gorgeous title/banner art, shown above, by the talented rail/slave.

It has about six months worth of development completed, but has currently been on hiatus for another six. Expect updates in the coming months.

ILLSAVIOR is about a ragtag bunch of flawed, disabled, or mentally sick adventurers that are thrust into the unfortunate task of saving the world. Sometimes they fight, sometimes they are selfish, sometimes kind and giving. But they are all human.

Like any RPG, you know how it's going to end. You traverse the world, kill the last boss, and see the credits. The journey, however, is not going to be what you expect...

Warning: This game will contain complex psychological themes. It will be appropriate for 13+, but it will be very emotive.

Test layout for outside zones: 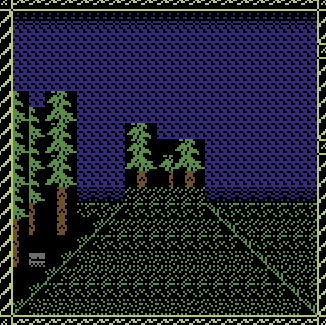 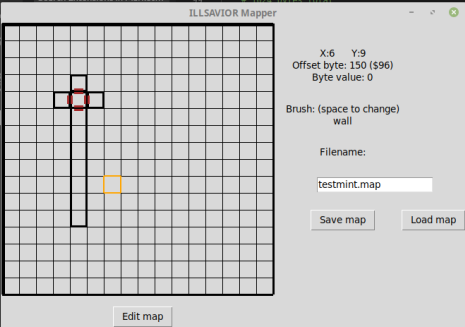 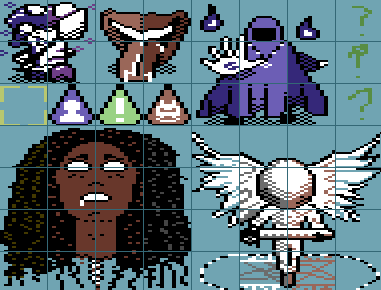 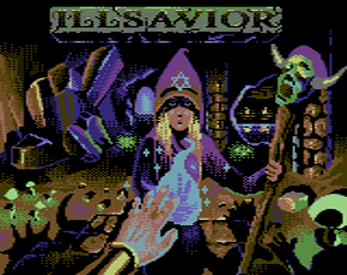